Progress is going well, as of right now I have 7 character skill trees working- and I’m currently working on the final one. There still needs to be some balancing, but once the characters are all in I can get down to some proper adjustments and enter the final ‘phase’ of the project!

Marina’s skill tree features unique buildings such as the Military Base, Barracks, Large Factory and Nuclear Power Plant. Basically her play style involves building your economy score rapidly and screwing over opponents in versus with the likes of the Toxic Waste Dump!

My personal favourite of her unique buildings is the intelligence headquarters: 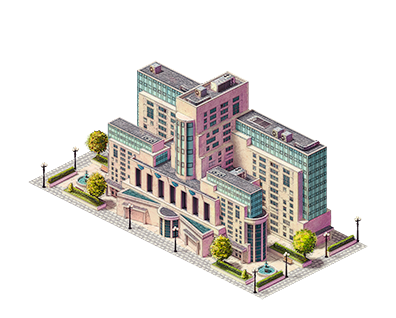 Sure to strike fear into versus mode players everywhere, this building has a special ability that clones the 3 most expensive cards in-play and adds them to your deck. This is obviously really powerful later in the game!

Elsewhere, I’ve finally started the sound effect overhaul I’ve had planned since the Preview version. It’s coming along well, and the game actually sounds like a city now. There are dozens of different ambient sound effects to accompany the buildings you place, ensuring the sound reflects what you’ve built.

Some of the other new additions this week: