Hello everyone! A shorter, late night, past-my-bedtime update this week! That’s because I’ve been working on some new buildings again. I’ve just finished this gem:

I’ve started work on integrating the rest of the playable characters starting with the Mayor. I’m going to try and get a character added every 1.5 weeks, which should give the backer beta starting next month a few finished characters to play with.

Integrating the characters also means working on their character-specific buildings. So it’s back to the weekly building  thumbnail previews too!

As you may guess, one of the main themes for the mayor’s special buildings is ‘entertainment’. These buildings provide some pretty significant buffs but come at a high cost.

I hope everybody is having a great Easter!

I’ll start this update where I left off last time- publishers. I was wondering whether to try and acquire a publisher to help with promotion for the game. My mind was split between the straightforwardness of self publishing and the extra reach a publisher would provide. The results of the poll echo my own previous indecision!

The yeses technically have it and I think that’s about where my decision making is on the matter too after doing some research involving fellow game devs. So what I’m doing right now is seeing what my options are- I’m in talks! I’ll only work with one if they can guarantee that I can retain all creative control and therefore deliver on the promises in the kickstarter campaign. It’ll be an indie friendly publisher or no publisher. I’m still happy to self publish if I either can’t find one who’s interested or the terms are wrong. I shall keep you updated on this!

So, the game! A few good additions this week. Firstly, the new main menus are functioning nicely, complete with a more comprehensive options menu. There is still work to be done with polish, but I’m pleased with how they look and feel. 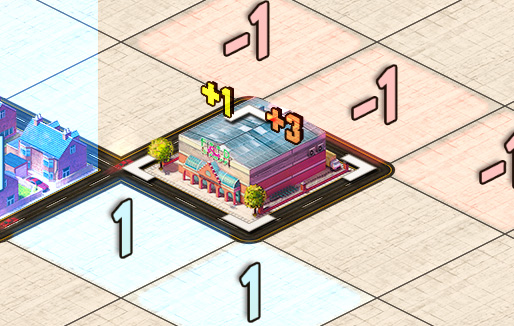 This provides some nice feedback. It was previously there in the form of “+/-” text that flashed up by the side of the top right bars, but this is much more obvious and looks and feels way better. It’s way more useful for keeping track of your stats too.

The next thing is awesome. I’ve finally got around to adding in the randomly generated building and block names (or at least I’ve started that). That means some of your names are now in-game!

This is a really cool little addition, it gives the city you’re planning a lot of character. It also makes it easy to see how many spaces left are in city blocks (in the screenshot it’s full- 4/4), so it should help with the understanding of the city blocks system too. It’s lead me to compulsively click on each building to see what random name the game has given it.

Which reminds me, I need to set a deadline on the entries for building names etc. I’m going to say end of the month.

That link again for anyone who hasn’t yet submitted their details to go in the game.

Here’s a few decisions I’ve made when in comes to sorting out the information I’ve collected/not collected:

-All backers can have their names in the credits, this is going to be opt-out thing. So unless you’ve specified otherwise using the form on the link above, if you’re a backer I’ll include your name in the credits. If I don’t have a name to use via the form, I’ll use the kickstarter username. I hope everybody is happy with this- I’ve chosen an opt-out system as I want to make sure I’ve included everybody!

-I’m going to do the same for the citizen databases (houses in the game are named after these backers). Using the form you can provide a citizen name, if I don’t have any data from you I’ll use a kickstarter username. If your kickstarter username is unsuitable for this, I’ll try and get in touch before release- but there could be a risk I’ll not include it or try and edit it to a suitable name. Eg. if there’s numbers in your username I’ll remove them for inclusion in the game.

-I can’t really do this for the specific building names, so make sure you fill in the form if you want your building name in-game!

There will likely be chances for me to amend the databases after release and include anybody I’ve missed in game updates, but to avoid disappointment I’d suggest not waiting. 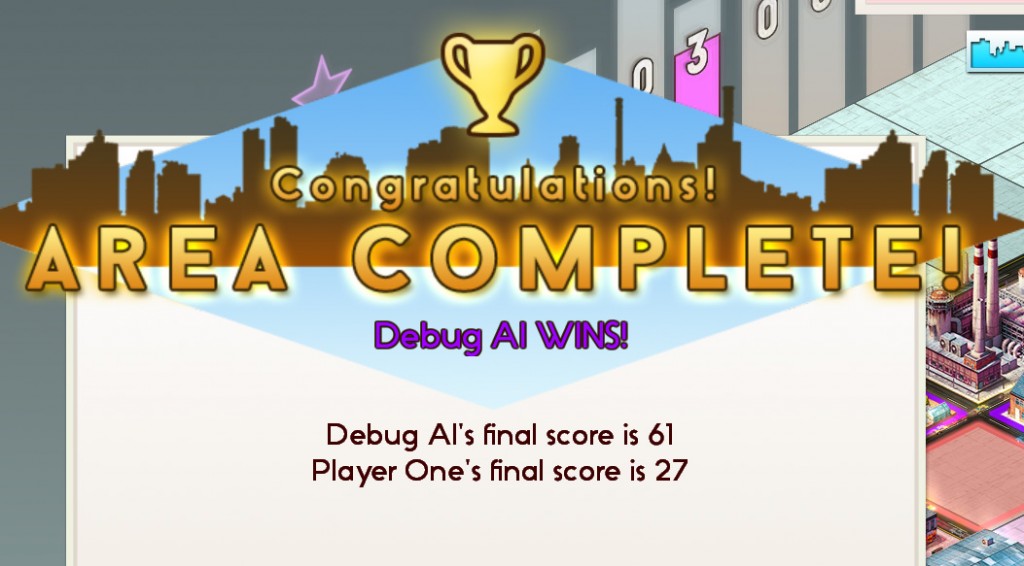 After all that work on the menus, I played a round on versus mode. The AI doesn’t mess around!