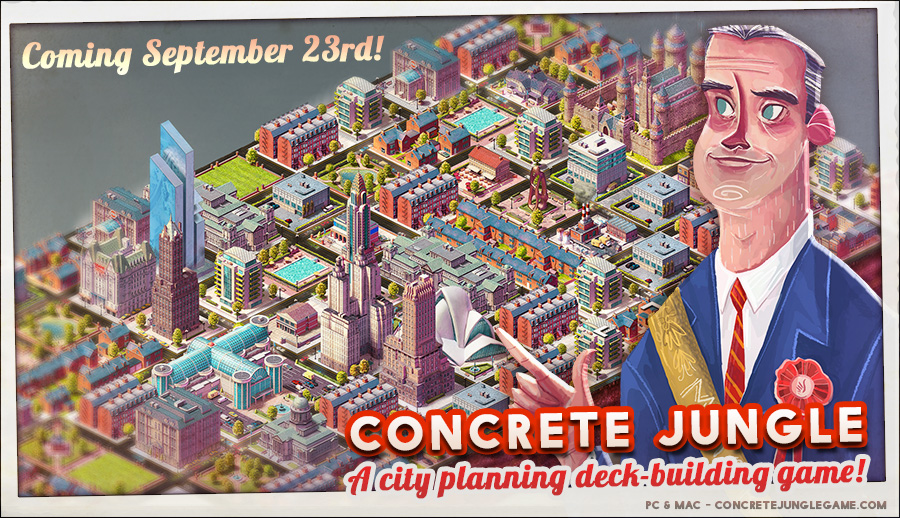 Concrete Jungle will be releasing for PC via Steam and Itch.io on Wednesday September 23rd! It’s been a long time coming, but finally the project is approaching completion. You’ll be able to play in a few weeks. Hooray!

The native mac version is still in the works, but should you want to play on mac on release, the itch.io download will also feature a wineskinned version you can run on mac. If you have a halfway modern mac it will run identically to the windows version.