So it’s about time I updated here, it’s been two weeks.

First off, XBLIG MegaCity is still not out! I’ve run into some more bugs to fix, horray! It’s practically there but I’ll save promising release dates this week as they only seem to come and go. I also can’t afford to buy & eat another hat. In other news though, I’ve been working really hard to port MegaCity & Planet Wars to different platforms. A flash version of Planet Wars is very nearly done, as is the Android port of MegaCity.

Next on the agenda is Xbox and Android Planet Wars. When those are done it’s back to work on Sleigher. Busy Busy Busy. 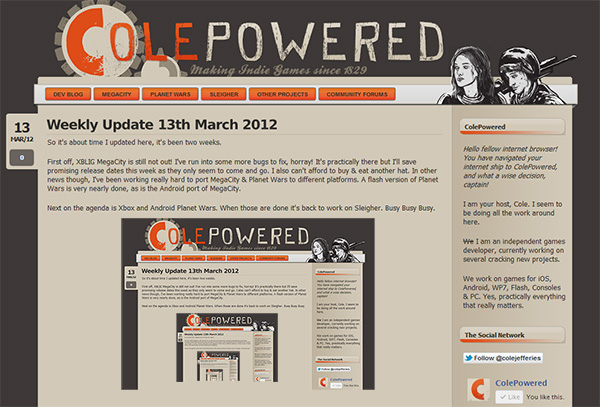 You might of noticed I’ve prettied up the site, I think it’s looking pretty spiffy now. There’s also a nice new company logo to go with it which will appear in all my games from now on. I’ve also added a little forum for your inquiries.