It’s come to my attention there is a stupid bug in the Planet Wars survival mode that causes the game to quit after a few seconds. I thought I’d fixed this but it appear that I submitted the wrong binary for distribution :/ What an idiot. The fix in coming, it’s already been submitted to apple so you should get it soon. Apologies for this! 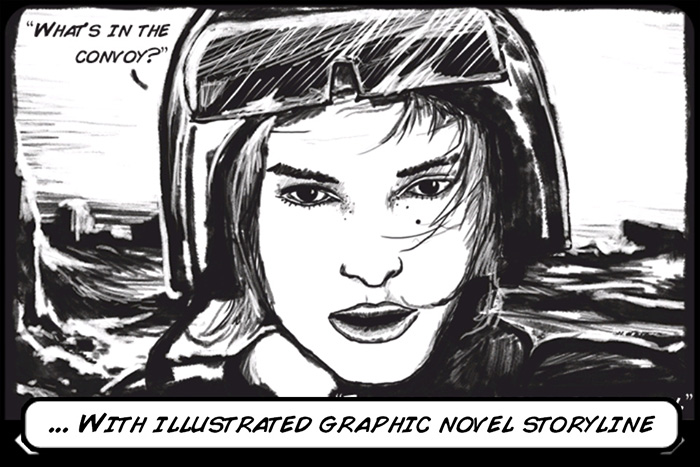 Planet Wars 1.3 has landed on iOS. It’s not so much a patch, more like a complete overhaul that improves almost everything in the game!

Below are just some of the update details:

Increased resolution; game is more iPad & Retina friendly.
Controls (virtual sticks & in-game buttons) are more responsive.
Added Reload button.
On-screen stick positions are now customisable.
You can now swipe to navigate the graphic novel cut scenes.
Revamped sound effects: All weapon sounds are of improved quality.
New Music during gameplay & cut scenes.
Revamped armoury menu- stats are displayed next to the weapons so you can more easily compare stats.
New pause menu with music/mute options.
Added cloud graphics (you can turn them off in the options menu if you wish).
Added a ‘Grassland Base’ Survival map & leaderboard.
Revamped the final level.
Lots of minor tweaks to levels & level design.
Defense maps now cover one screen area for simplicity.
Fixed: Pause menu in level 10 didn’t pause the boss.
Fixed: Pause menu didn’t pause Drones.
Fixed: Mission menu now loads the amount of stars for level 10.
Fixed: Ammo count would display -1 when the flame-thrower’s clip was empty.
Fixed: Drone attack sometimes wouldn’t cause damage.
Fixed: Pausing the game when scrolling caused it to advance too far.
Added a background to the pause menu.
Added a parasite warning instruction.
New & improved tutorial.
Mission timers in base building levels now display digits <10 properly.
Improved some of the Graphic Novel story frames.
Area Clear scrolling has been sped up.
Starting amount of money increased from 1000 to 5000.
Increased XP/Credits you get from playing no-base Survival levels.
Special Abilities & Squad Members are now avilable in defense missions…
As a result, the difficulty of defense missions have been increased.
Players can now choose to unlock/buy every weapon & item in the game for a small fee (ofcourse you can still do this by earning credits through the game as before).
Dozens of other tweaks & fixes.